General description about the game and its development

During the development of Last2, one of the most frequently asked questions was about its difficulty. The reality is that there is no direct way of defining it, since every value has been modified individually to create a character development to our liking. For this, every attempt of determining how much PvM or PvP does Last2 have, lacked meaning.

While it is true that this project is heavily based on the original server, it has many changes of ours that, in our opinion reinforced by many of you, drastically improve the game. For example, in Last2 it will not be possible to buy enchant items from the itemshop, and every item will be tradable. In any case, these changes are just the tip of the iceberg in comparison to the whole new provided content made for both low and high levels (as a reminder, the first new dungeon is located in the starting city of each kingdom).

However, in this post we would like to add a general description of the server. In general terms, the objective of Last2 is to generate the feelings that the game used to bring in its beginning while incorporating new functionalities of nowadays (such as the offline shop or the dungeon finder). A big part of the content had to be redistributed, since it lacked meaning, directly removed or substituted by new content made by ourselves. Every part of the game has been analyzed to provide continuity, not only in the manner of maintaining the same game aesthetics, but also that it keeps creating those emotions that emanated in its beginnings.

From the beginning of the development, we took notice of the real origins of this game: the Korean version. This version has a different way of playing it than the one we all know, it contains very interesting game dynamics that we decided to adapt in Last2. Also, analyzing the last updates that were made on their servers, we were able to structure which ones were their intentions with the future of the game, that are far from the ones that were executed by third parties that we all know of. In summary, a game with a solid base and a great potential, carried in the worst way possible for an excessive economic desire. Without a doubt this was not our philosophy during the development.

In consequence, in Last2 you will find content that will make you remember the server in 2004. Not many of you will be the nostalgic ones that remember it, be it by the immense time that has passed by, or because you did not have the chance to play in that period. In any case, in Last2 you will be able to experience it. For example, the way of leveling up, especially in the first levels, is very different from the rest of the servers. Neither are you going to take an excessive amount of time nor you will level up by using bravery capes in the first city. The game will help you considerably in the first levels, especially via missions, but we will never do it by giving excessive objects or greatly increasing the amount of experience from monsters. 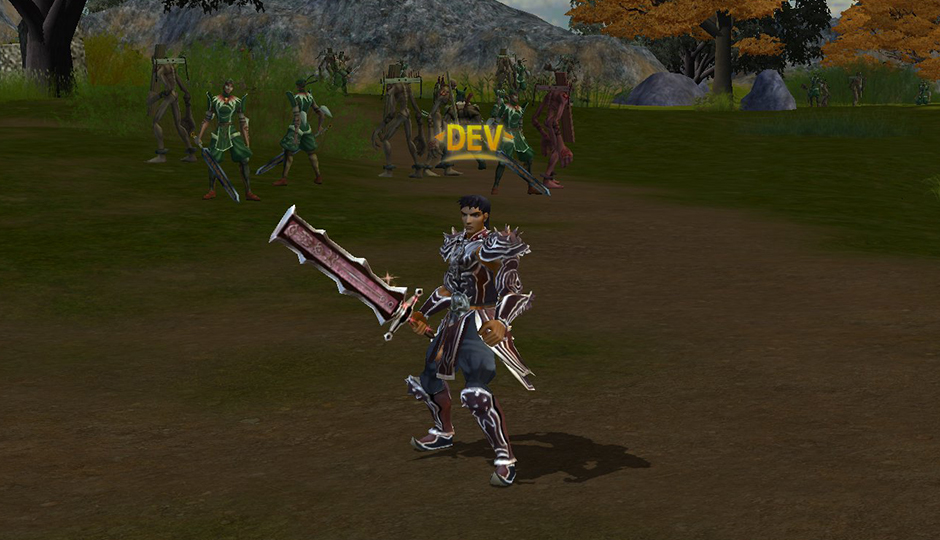 Finally, in the image that is shown above this paragraph, you just saw one of the novelties coming from the Korean server that fixes a great part of the problems of the low usage of the weapons between the levels 32 and 60. As we mentioned before, the most nostalgic and veterans will know what we are talking about. For the rest of you, it will be time to wait for the server opening in the near future to play in a way never seen before since those times, and for the first time in a European server. Once again, thanks Ymir.